Doing agency offsite workshops is fun.. and it’s not just about drinking, dancing and partying all night. We made it into an action-packed creative stimulii event involving each and every member of BC Web Wise, including our admin and HR so that across teams we had a buy-in on what we do, and we could pick brains from not just people who did their jobs but those who are their potential audience groups.

We even invited guest sessions from One97 and Telibrahma to open our eyes and minds to opportunities in the mobile space that we may have not seriously and regularly considered.

The morning opened with a song and dance to get the early birds their adrenaline rush. People were shuffled and then reshuffled to ensure cross-team bonding. And to keep the enthusiasm levels from dipping as the day wore on, there were spot-quizzes and prizes. 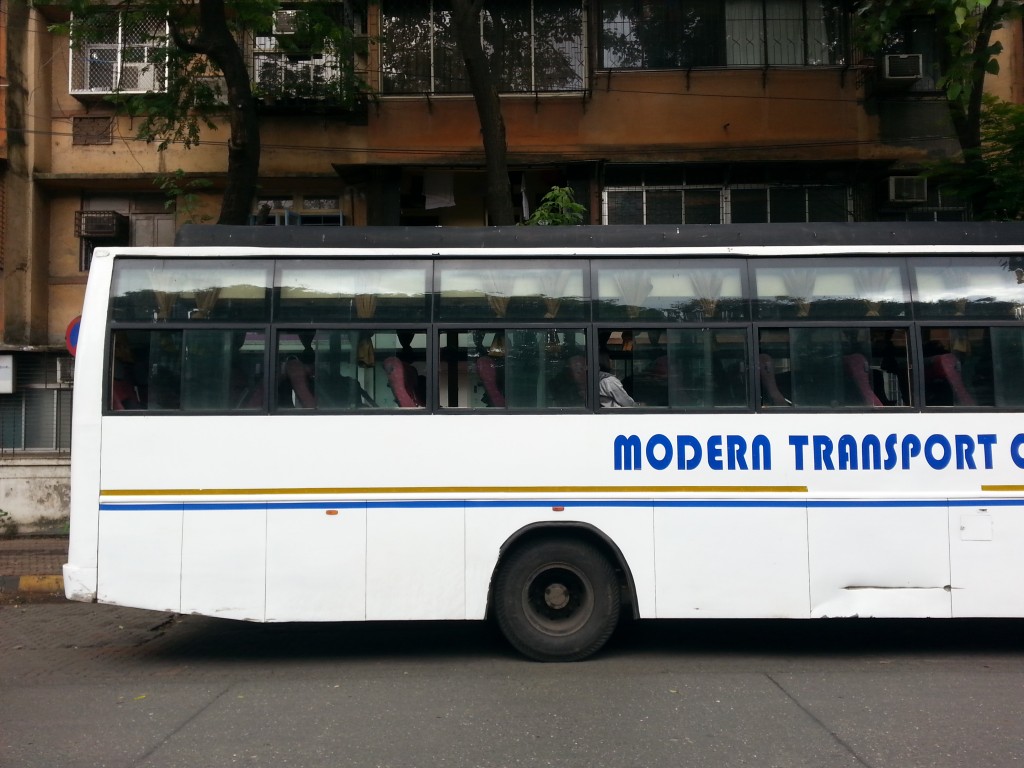 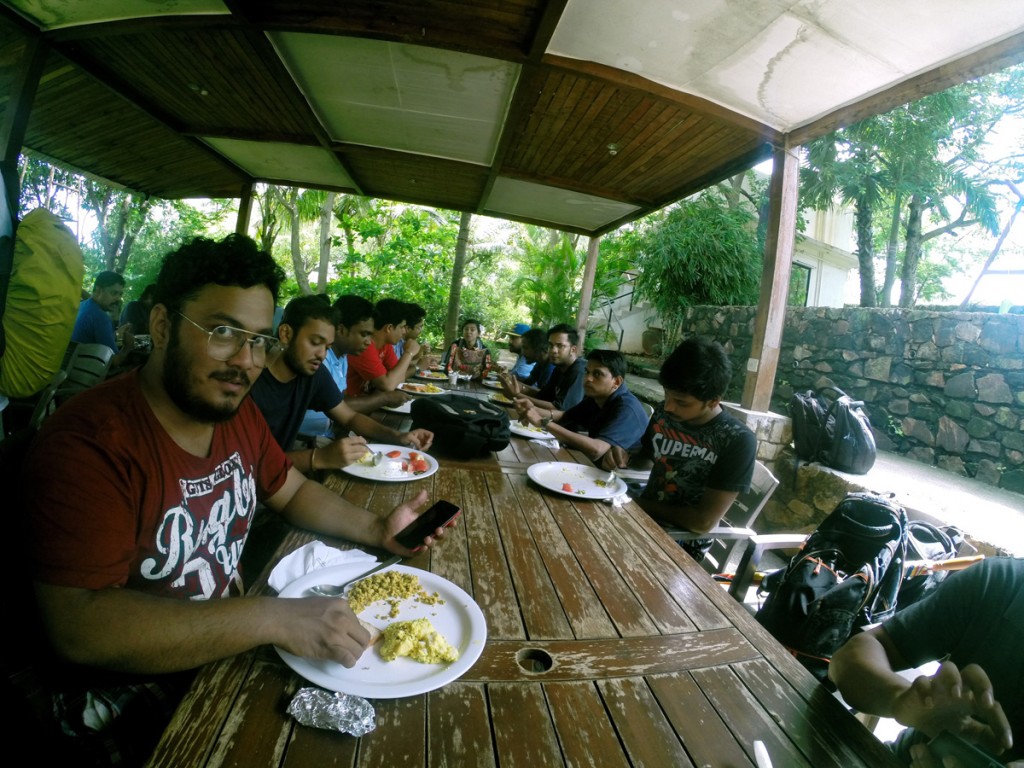 We met at a resort in Utan, just an hour and half’s drive away from our agency headquarters at Bandra, Mumbai. This time, the morning started with a scrumptious breakfast, the resort’s signature dish of ‘idli puriyal’ doing what the song and dance had done the previous morning.
The team then headed to a comfortable conference room where everyone was re-grouped into 8 teams of 7 or 8 members each, every team a motley bunch drawn from different departments of the agency, again ensuring cross-team participation and bonding. 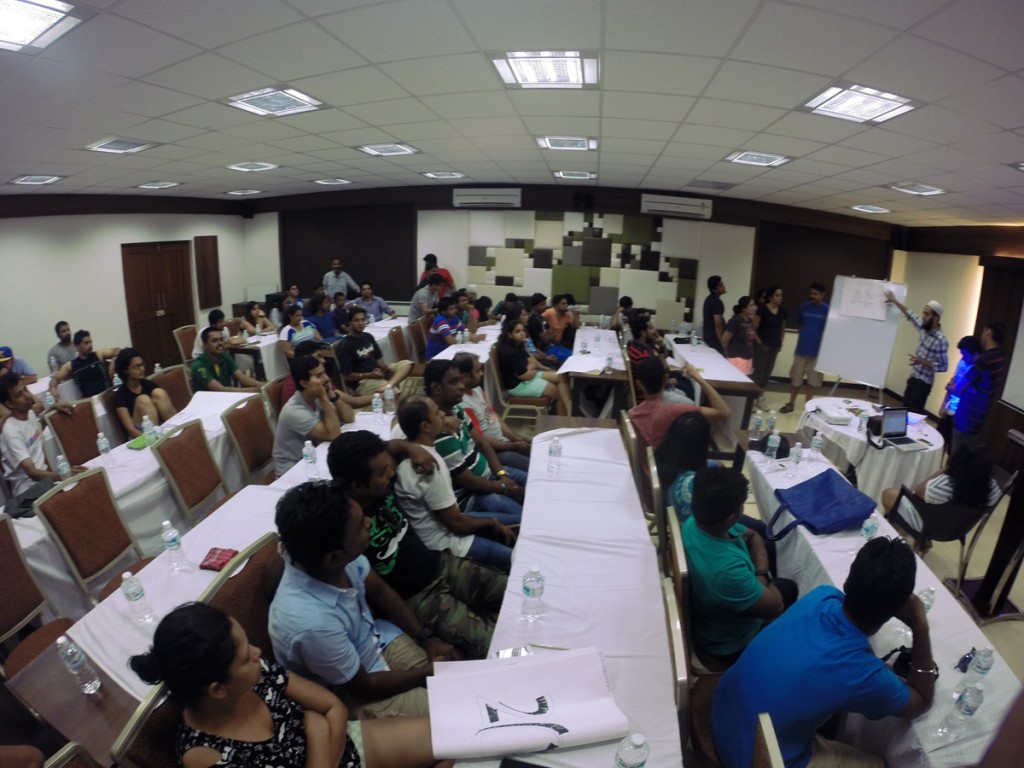 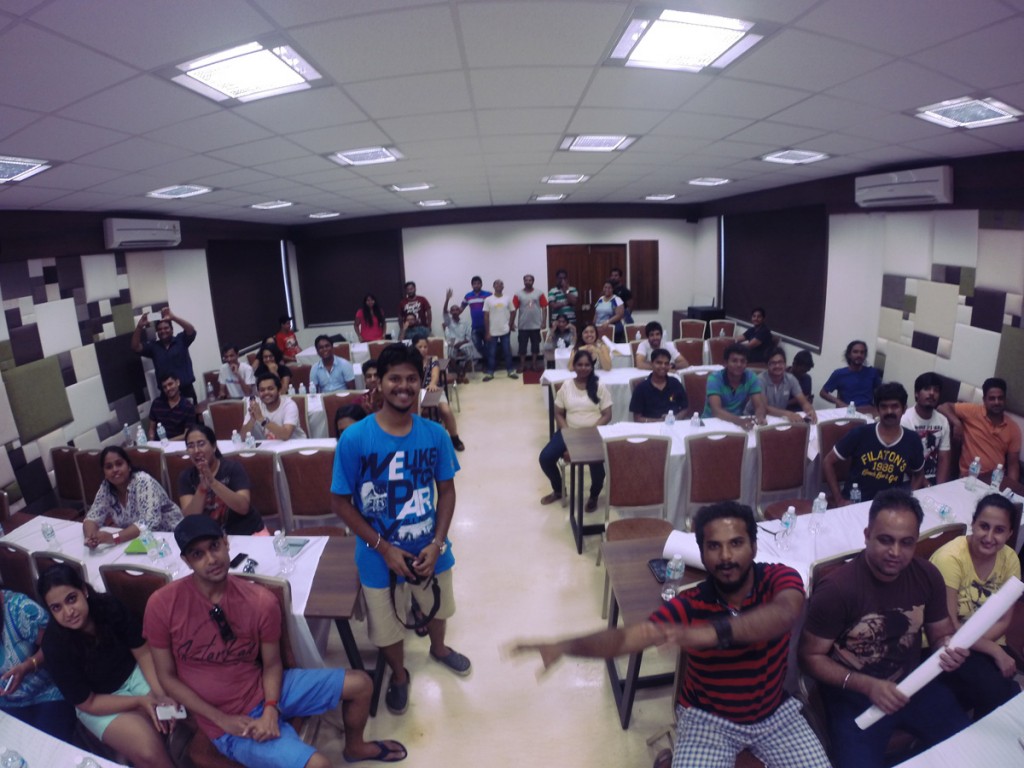 Myself, our in-house client

At around 11.30 a.m the brief for a live project “1 million downloads for Oojle, our mathematical game app” was then shared that each team would pitch for and compete against each other. As would happen, a handful of members missed the briefing and had a slightly later start than the rest.

While a few teams found their cosy spots in the air-conditioned meeting room, many headed to the green lawns to rackle their grey cells with nature and to spark their creative fire. One team even huddled together in one of the many rooms booked for the sleep-over in the night. Chart papers, sketch pens and markers flew around between team members as they put their plans together to be presented within an hour.

A ten minute extra time was given to wrap up because they did have loads to plate up! Pens were then snatched away so no one could write any more and each team presented their plans one after the other. As mandatory, every member of the team that presented had to be a part of the presentation. This enthused team members who otherwise were the backstage folks, and new stars emerged as every member participated in the sessions. The presentations rolled on till almost 3 pm. The enthusiastic teams forgot their lunch; we were so totally having fun! And finally the winners were announced!

Winners take it all!
The winning Team D – Yash (Copy), Sheetal (Strategy), Yuvraj (Servicing), Kunal (Design), Punit (Media), Sushil (Coding), Prachi (Scripting), Amit (Programing) made a clean sweep, leaving their nearest competitors behind by a 10-point margin with a score of 85 on 100. As true to the brief, the team is now working on the plans to make Oojle a success. And we hope to keep everyone updated on the progress with our blog feeds.

The late lunch was followed by long hours in the pool, music and dance in the rains till the wee hours of the morning. And whoever tried to sneak away, was ordered back by me!
Boy.. did we have fun over the whole 48 hours!

The next workshop dates are still not out. To be a part of it, join our team! Drop us a mail on info@bcwebwise.com .